December is typically the time when most businesses start winding down in preparation for a well deserved rest.

For us, it is that time of year again when a number of our clients contact us about making Christmas films as a seasonal message for their own clients or for a wider audience. 2011 has been no different.  In fact, December has seen us work on three distinctly different Christmas-related short film projects.

We were approached to produce a short film about a unique PR stunt in Cirencester which involved lowering Santa into the world’s most perfectly designed chimney with the aid of a hydraulic crane – an event which was as strange as it sounds. 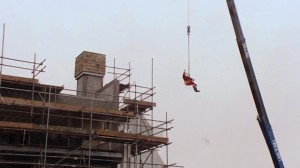 A young boy had written to Santa with concerns about the design of the chimney on his family’s new house. The house was in the process of being built at Lower Mill Estate so the Estate’s owners were keen to allay his fears by designing the perfect sized chimney for Santa.On a cold and dreary December morning just before Christmas we filmed proceedings which eventually made news all around the world.

But perhaps the most interesting Christmas-related film this year came from our good friends at DNA in Bristol. The idea involved over 1000 tea lights and wasn’t without logistical challenges… 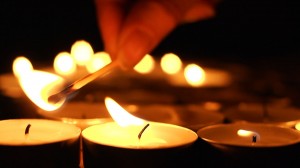 You can view DNA’s short Christmas film for 2011 here.