Swift Films’s Managing Director Richard Nicholls was invited to be one of a handful of prestigious speakers as part of the nationwide FRESH DOCS youth documentary course. FRESH DOCS is an opportunity for young people to watch, discuss, learn about and make documentary film. Venues across the country will see a series of films, talks, seminars and masterclasses totalling over 35 brilliant documentary films and more than 50 talks and masterclasses focused on the genre.

Richard was invited to give a Question and Answer session after the screening of his debut feature documentary End of the Road at the Exter Picture House. Other speakers on the FRESH DOCS course included Chris Atkins (Starsuckers, Taking Liberties) , Jerry Rothwell (Heavy Load, A Town of Runners, Donor Unknown), Michele D’Acosta (producer of Biggie and Tupac and Kurt and Courtney) and Franny Armstrong (The Age of Stupid, McLibel). 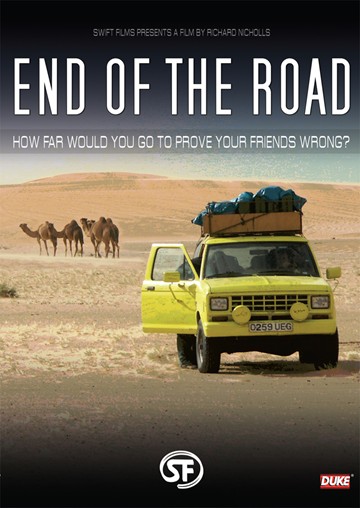